Home Health What is Keto Diet? 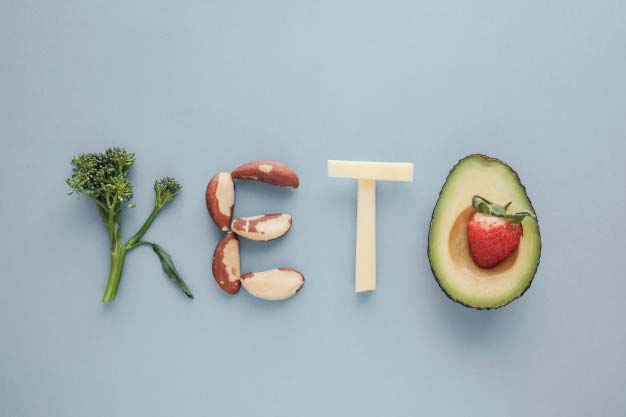 Many people are trying to lose weight, improve their health and start a better lifestyle, some of them looking for a diet that can help with achieving their goals. One diet some of them give a chance to is the ketogenic (also known as “keto”) diet. What is keto diet? The main principle of it is to consume a lot of fat and little carbon. Name of the ketogenic diet comes from “ketones”, fuel molecules that serve as an alternative fuel source for the body when it doesn’t have enough blood sugar.

In order to make your body produce ketones, you will need to limit foods that contain carbon (which can easily be broken down into blood sugar) and only consume small amounts of protein (which has the same effect). Ketones are created from fat inside one’s liver. The ketogenic diet is supposed to make the body rely on ketones instead of glucose, forcing it to burn a lot of fat in order to produce them. A state in which a body is producing ketones is called ketosis and can only be entered by fasting or by maintaining the ketogenic diet. Ketogenic diet is highly controversial and rejected by most scientists as ineffective and harmful, therefore it is recommended to study many of sources and thinking hard about whether it would be a good decision to change our eating habits in a way this diet demands. It is especially dangerous for groups of people such as breastfeeding women and those who suffer from diabetes or blood pressure conditions.

The food we will eat most often when practicing a ketogenic diet are meat, natural fats such as olive oil or butter, fish and seafood, eggs, cheese and milk products, and in lower quantity vegetables that grow above the ground. The carbon intake should be held at below 20 grams, or in a less restrictive version below 50 grams per day. Examples of products to avoid are potatoes, cooked pasta, cooked rice, bread, beer, fruits, donuts, chocolate bars, candies, juice and soda. Generally it is best to avoid sugary and starchy foods completely when maintaining the ketogenic diet. It is also best to limit processed products. When eating this way, 5% of energy should come from carbohydrates, 15-25% from protein and 75% from fat.

As for drinking, the ideal products are water, tea and coffee, without sugar, allowing for only small amounts of milk. Alcohol can be consumed occasionally, the best option would be to choose red wine. The enthusiasts of ketogenic diet claim that it allows for quick weight loss without the feeling of hunger, lowering insulin which is responsible for storing fat. Overall, some belive the ketogenic diet allows for eating considerably smaller portions without the feeling of hunger and access to the energy that has been stored with fat before. They claim that people on ketogenic diet usually eat only twice or even once a day. They propose it as a solution allowing to reverse type 2 diabetes, cure food addictions and save a lot of money. It is also supposed to greatly lower cholesterol and improve the health of those who mantain it, as well as increase focus and concentration, provide more energy and boost our mental performance.

Other potential benefits include a healthier stomach, without gas, cramps and pains, increased physical endurance to help the enthusiasts of endurance sports, reducing the symptoms of some mental diseases, helping against high blood pressure, migraines and acne. However what ketogenic diet is most commonly known for would probably be reducing the effects or even completely curing epilepsy. It has been used in the above mentioned purpose since 1920s and is said to have helped around 20% of the children (since the diet is most commonly used to help epileptic children) achieve freedom from seizures. After six months of being free from seizures, the diet is discontinued over the span of two or three months. Despite usually relying on meat, the ketogenic diet can also have a vegetarian form, in which it relies on other fat sources such as coconut oil, eggs, seeds, nuts or avocado.

Can I buy auto insurance without owning a car?

Can mesothelioma be treated?